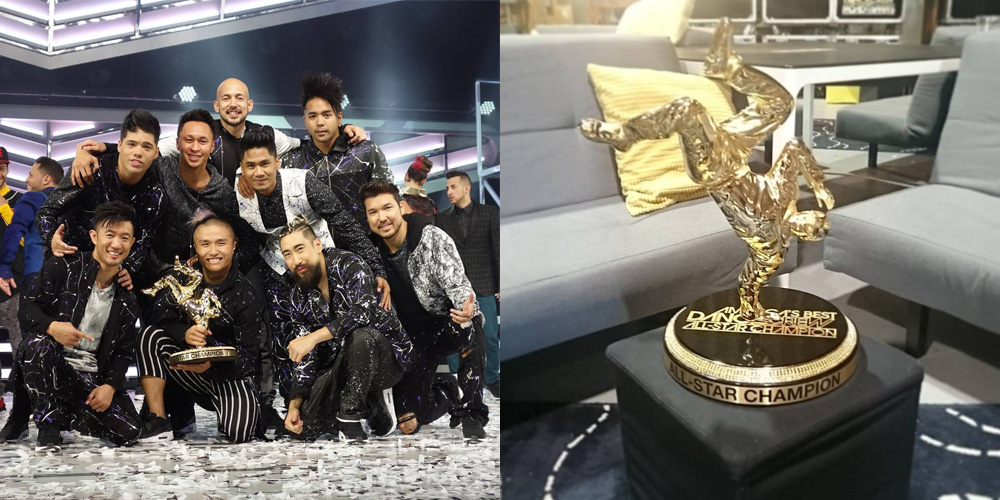 For those that weren’t able to keep up, like a whirlwind, ABDC Season 8 has already come to a close. The show was scheduled to culminate with the annual VMAs, and that was yesterday. Some familiar faces had been taken the stage in the form of Super Cr3w, I.aM.mE, We Are Heroes, Quest Crew, and the Kinjaz. We were keeping up week to week but Viacom started getting vigilant with the DMCA takedown requests and the clips became harder and harder to find.

Needless to say, although they had a few close calls, after 5 weeks of competition, Quest Crew are your new All-Star Champions. I guess winning is in their blood at this point and they have proven to have that successful formula. Because they placed lower for a couple weeks, the buzz really seemed to be growing that Kinjaz would take home the crowd. However, after a heavy round of fan-voting, Quest came out with top honors to cap off an awesome year of Hip-Hop dance competition. I truly hope we only see more from each and every crew! Congratulations, Quest!

For video footage, you can check out Quest’s Youtube page along with the official MTV site.

For a more detailed recap of the weekly results, Wikipedia is a great place to start.

View all posts by giftedthought