One of the perks of the job is that we get to go to the performances/concerts and share our experience with the rest of the world. On the latest segment of “Showtime,” your girl Melody was there to represent a-Tunes on the west as I got to see an Asian American hip hop concert collaboration.

The international cast that featured Dok2, MYK, Kero One, and Dumbfoundead kicked off their 2nd show of the tour at the SOMArts Center in San Francisco. San Francisco is not only known for its permanently overcast weather but also it’s unique attraction for the arts. Literally looking like an underground speak easy, I waited in line with the rest of fans to pick up tickets. There was a good amount of people showing up to the event with people rockin’ the “Dumb wear” and quite noticeably a predominately male attendance.

The crew of Kollaboration SF and Plug Label Records were the brains behind the show and they definitely came out to show some love and start off the concert. Director Christina Lee welcomed the crowd and got people hyped for the MC for the night, Miss Shin-B. Not to feel left out, Shin-B dropped an acapella segment that hyped up the crowd even more. The first emcee that took the stage was Map the Soul artist, Dok2.

True to his southern crunk rap, Dok2 definitely lit up the stage with his own way. Rocking some “stunna” shades and with< DJ Green Tea on the 1 and 2’s, Dok2 represented K hip hop to the fullest. Performing back to back songs, Dok2 also performed his official track, “It’s Me” off his “Thunderground” EP.

Soon to follow but not a follow up act, Dumbfoundead took the stage with DJ Zo and while talking the audience, introduced each song as though he was a conversation with the crowd. Performing hits like, “Mr. Nice Guy,” “Peter Pan Complex,” “Clouds,” and more, fans were definitely love the mixture and all the songs. DJ Zo and Dumbfoundead had an acapella battle where Dumb was fighting with words and DJ Zo scratched his way through conversation.

Honorary fourth member of Epik High and Bay Area native, MYK was next to perform! Rocking the hits of his new mixtape, MYK wow-ed the masses with performances in both Korean and English. He performed some upbeat hits as well as some laid back ones which gave fans (me included) a time rest their arms from all the arm waving we did.

Last but not least, Kero One took the stage and performed his previous hits as well as his new ones! This is the third time I’ve seen Kero on stage and he definitely brought his energy and his passion to all the songs! Armed with his man Vince (who beatbox-es and rocks the conga drums & guitar) Kero blew away the crowd and definitely got the audience hyped up again. As part of the last stage, all the emcees came back on to help Kero perform “Map the Soul (Worldwide Version)” but also his new hit, “Asian Kids.” 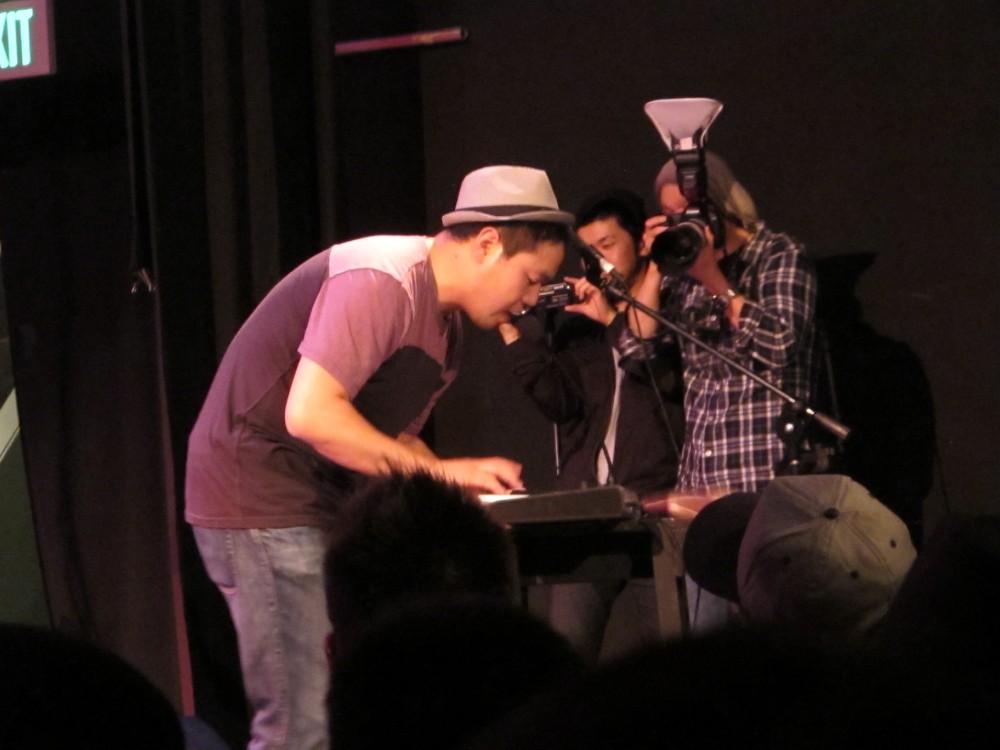 To say the very least, this was probably the best concert I’ve been to since Epik High’s Worldwide Tour that happened last year. All the emcees took time after the show to sign autographs, take pictures and much more! Although the concert lasted 3 hours, it felt short compared the overall experience I took with me that day. The concert is definitely one of the few times I didn’t get shoved, screamed over, or trampled but a chance to enjoy some amazing music with some avid music fans.

Well after a long concert wrap, I hope the next time any of the emcees has a show that you will be compelled to go watch and show your support!

View all posts by music4ursoul